“Is Carol from management starting to get on your nerves? Is Dave asking you to go snowboarding again even though you got frostbite on the last slope? Is Janet not getting you that cardigan you’ve been requesting for your birthday since 8th grade?

Well, worry no longer because I’ve got you covered! I just happen to carry a set of standards so absurd all your friends will finally leave you alone. Because they’ll finally get the hint. That you’re insane”

The theme for this entire series has been about the absurdity and or the ridiculous. Absurdity in everything really: from people being ridiculously presumptuous to curbing the temptation of falsifying delusional narratives formed by other people. When we get right down to it, life is just one ridiculous mess, isn’t it?

But I’m getting ahead of myself, let’s take it back a notch.

I understand how absurd everything is when you take a closer look, but today I wanted to focus on myself. What, you thought I couldn’t run a self-introspection session? I know I can be ridiculous, difficult to peg. We’re all human, we’re all flawed in some way or another. But you know what, I don’t care. I’ll never settle when it comes to friendships because one: I’m stubborn and two I’m an idiot – some would even go as far as calling me an a**hole but hey, there’s no need for that language here dear sir/madame 🙂

The thing is, I see every relationship I bridge as a chosen struggle. It doesn’t matter which one it is; they’re all the same. Better to have no friends if you know you can’t deal with that crap on a daily, because guess what, everyone and their grandma are bringing baggage.

I realize the absurdity of the situation I’m putting forward here because I’m not perfect either. But here’s the loop, I’m perfect for me because I’m all I’ve got. I came into this world alone and I will die alone. I’m not being negative; I’m just giving you a spoiler.

I’m so bad at keeping friends that the ones I had, I started calling family; it was the only way I could put order to the chaos I had started. The numbers were dwindling so fast. The kind of stuff that happens after you get an existential crisis from taking too much [redacted], really reflecting over why you keep certain people in your life despite them bringing nothing.

Family can be a pain, but there’s something of a bond there. They can p*ss you off but at the end of the day they are still your family (doesn’t exempt them from being cut off though), don’t judge me; that failsafe is necessary in case anyone gets too excited.

I have run through many meditation cycles and all of them conclude that by traditional standards, I am a terrible friend. Oh so terrible, and I agree.

I can forget your birthday, I can afford not to talk to you for months or even years, I don’t share my personal life with you, I don’t want you near my house, I don’t want to come anywhere near yours, I’ll forget the names of your other friends as fast as you tell them  to me. And if I have a wedding (strong IF) I probably won’t invite you. In my defence, I won’t invite anyone – because, reasons.

My ‘problem’ (if you’re feeling so judgy) is that because I’ve formed a value system for myself that needs so little to keep me distracted (notice I said distracted and not happy) I somewhat expect others to have worked on themselves just as deeply. But of course, people are different, I know that. To be ‘happy’, some people want to go out with their friends, some want you to listen to their problems and assure them that everything will be fine. Some want a “happy birthday” message as soon as midnight hits. Some want a hug and a men’s or ladies night sprinkled in there somewhere.

All of them are things that if you want, you should look for and find. We all seek different things, I just happen to demand a lot more. And maybe I do that because I don’t want anyone close, maybe by setting such a high bar, I prepare myself for disappointment. Or maybe, just maybe, I find people extremely annoying but at the same time pivotal in the formation of blog content.

The truth is, it could be any one of these things, but let’s not linger on the little details. 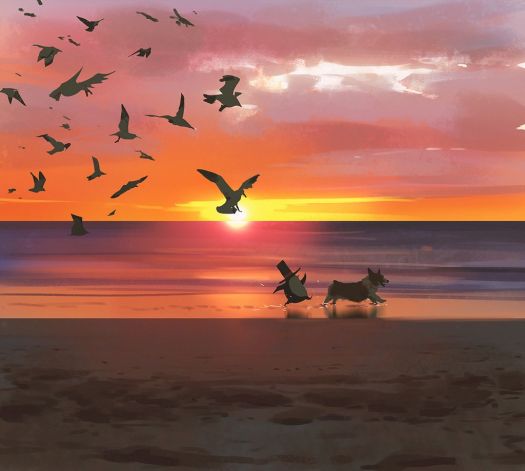 So I’ve made a list. A list of things that, if understood, should allow every one of my real-life friendships to go swimmingly. I’ve mixed genuine factors with those that carry satire. Apologies, ill-intenders, but this is far from being the fact-free party you wish it would have been. Truth is, if you know me well enough, telling apart the bits that are true and those which aren’t shouldn’t be too difficult.

I realize there’s no way anyone can adhere to all of them and stay sane. But heck, let’s do this:

If you are out there being a friend to those that constantly require love and attention. I salute you. And please, keep doing what you’re doing; because without you, they won’t have many friends they can rely on and you wouldn’t want them to be stuck with someone like me, would you? Wouldn’t last a day.

The only people I can probably call friends are here. Those that share their experience with me through this medium. We haven’t met in real life and we probably never will, and that’s fine; perfect even. Because what you show me of yourselves is enough; I don’t need to delve deeper, you’re not a coal mine in the 60s.

This might be the last piece for this series. We’ll see …

©Original-Dante. Unauthorised use and/or duplication of this material without express and written permission from this blog's author and/or owner is strictly prohibited. Excerpts and links may be used, provided that full and clear credit is given to me and originaldante.wordpress.com with appropriate and specific direction to the original content,
%d bloggers like this: